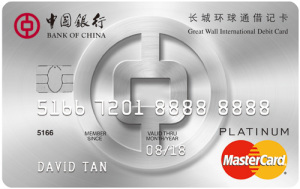 Not surprisingly, the largest outbound travel market in 2021 is expected to be China with 103.4 million trips – constituting 40 percent of all Asia Pacific outbound travel, nearly four times that of the #2 and #3 markets being South Korea (25.6 million) and India (21.5 million) respectively.

Eric Schneider, Senior Vice President, Asia Pacific, Mastercard Advisors, commented, “The burgeoning middle class is driving the growth of outbound travel in Asia Pacific, along with other trends such as the emergence of the Asian millennial traveler and on the other end of the spectrum the senior traveler, as well as new technology and infrastructure developments. Asia Pacific travelers will continue to fuel global tourism growth in years to come, providing vast opportunities for businesses to benefit through the development of products and solutions that seek to improve their overall travel experiences.”

“The United Sates is durably installed as the #1 outbound destination for Mainland Chinese travelers, for years to come.  With a multiple entry independent leisure visa easier to obtain for Mainland Chinese tourists, They see the U.S. as a leisure destination of choice”. said Pierre Gervois, Founder & President of Gervois Hotel Rating. “I’m pleased to see a growing number of Chinese travelers relying on Gervois ratings to choose their U.S. hotel prior to make a booking on Chinese hotel booking websites”, he added.

By 2021, all developed markets in Asia Pacific (except for Japan) will have a ratio of over 100 percent for outbound travel trips to total number of households. Households in Singapore (693.6 percent), Hong Kong (248.9 percent) and Taiwan (232 percent) have the highest propensity to travel abroad.

Among emerging markets, Malaysia is expected to record the highest ratio of 198.7 percent by 2021, whereas India (7.3 percent), Bangladesh (7.4 percent), Myanmar (14.6 percent) and Indonesia (15.4 percent) are among the lowest, indicating strong growth potential for outbound travel in these markets over the next ten to twenty years, assuming an increasing propensity to travel is combined with a healthy increase in households.

Mastercard, www.mastercard.com, is a technology company in the global payments industry.  We operate the world’s fastest payments processing network, connecting consumers, financial institutions, merchants, governments and businesses in more than 210 countries and territories.